April 16-24, 2011 is National Parks Week, and in celebration, the fees at Pea Ridge National Military Park in Pea Ridge, AR are waived.  We took advantage of the freebie and the absolutely beautiful day to check out a little more of the hiking trails on the park. 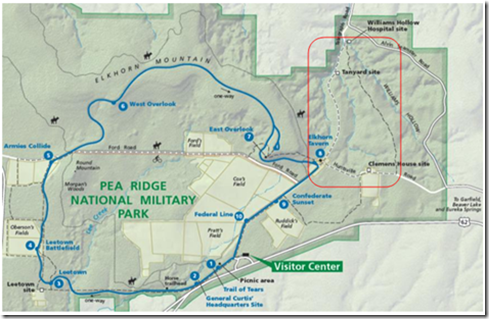 Pea Ridge has an 8.7 mile hiking trail, but there are several loops that can be taken to make a shorter hike.  We got there about 11 and weren’t really prepared for a hike quite that long, so we opted to hike a loop that starts at Elk Horn Tavern and passes the Clemens House site and the Williams Hollow Hospital site.  The total distance was probably around 2 miles.  (Click on the map image to go to the National Park Service map on their website.) 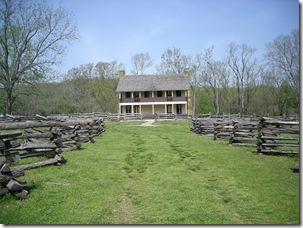 Since our last visit to Pea Ridge, I had read the book, Elkhorn Tavern, by Douglas C. Jones.  It was a good read and brought some reality to the battle that happened in this area during the Civil War.  We started this trip at Elkhorn Tavern and headed east along Huntsville Road toward the Clemens House site.  The day was bright and sunny and in the low 70’s.  It was extremely windy when we started, but other than that, it was a perfect day. 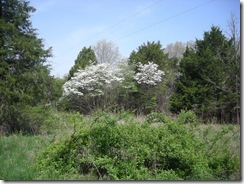 The trail is wide and well maintained, and since it’s mid-April, there were some really beautiful dogwood trees along the way.  They are very mature and covered with blooms, it was hard not to stop and take a picture of every one!  Once we got further down the trail into the woods, and out of the open, the wind seemed more like a nice breeze.

A little less than half a mile along, we came to the Clemens House.  The foundation of the home site was found in 2007 and the park protected the foundation to illustrate the size and position of the house where it originally stood.  Around 140 farms were caught in the between the two forces in the two day battle. 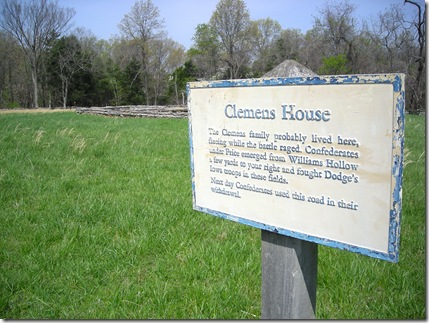 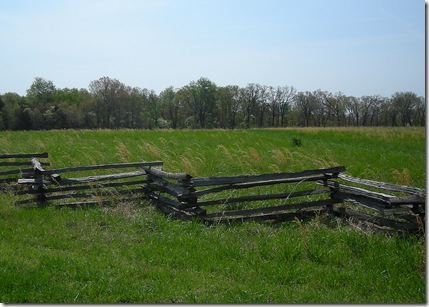 The trail continues down the old road through the woods and is very level and well maintained.  There are several interesting views down into hollows along the way.  After about another half mile, we turned left to head toward Williams Hollow. 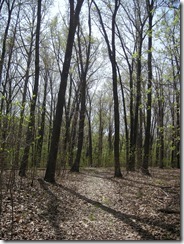 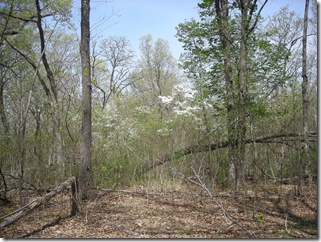 There was only one spot in the trail that was impassible because of a fallen tree.  That is really a rarity around here!  It was easy to skirt around and we continued along a level bench, close to a ridge area. 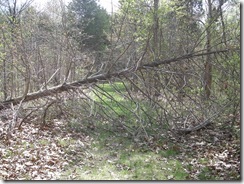 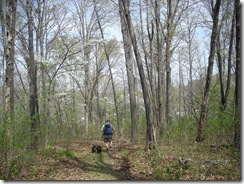 Closer to Williams Hollow, the trail goes down hill for about a fourth of a mile.  It isn’t too steep and it doesn’t last very long.  As we travelled down, the vegetation became more dense and lush and the wind died down to practically nothing.  The blooming dogwood trees made the walk down a very pretty sight to behold! 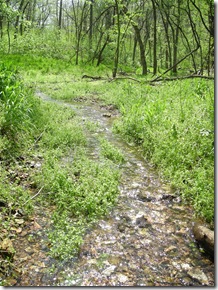 Williams hollow has a small stream running at the bottom of it.  The old Telegraph Road is visible on the other side of the stream.  I was glad I was not walking up it, as it looked more steep.  Of course, anytime you hike down into something, at some point you have to hike back up, so I was preparing for the worst. 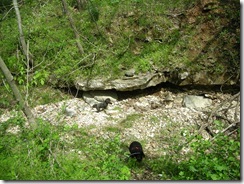 We had the dogs, Buster and Katie, with us and they were starting to get really thirsty.  They were convinced that water was just at the bottom of the hill, but they ended up in a dry creek bed.  I clambered down the hill and helped them find a nice drink of water.  Katie did not miss the opportunity to pop down in the creek and cool off her belly while we were there. 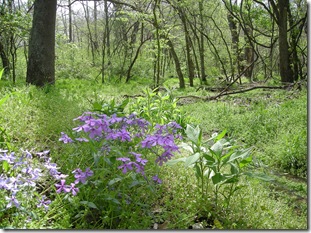 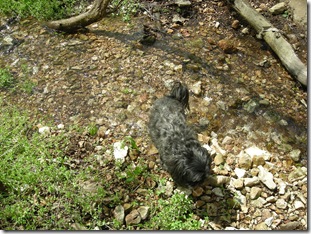 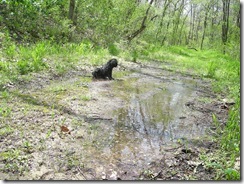 We travelled along the stream for a way, then stopped to have a snack to give some hikers that were behind us some time to get ahead of us.  (It’s just easier if Buster doesn’t have too many new things to contend with at one time.)  Katie took another opportunity to cool off in a mud puddle, until a branch fell in the puddle next to her.

Not far from the turnaround point at Willams Hollow was the Tanyard site, where the remnants of a tannery were located.  We poked around for a bit, checking out the stream and the site before tackling the hill heading out of the hollow. 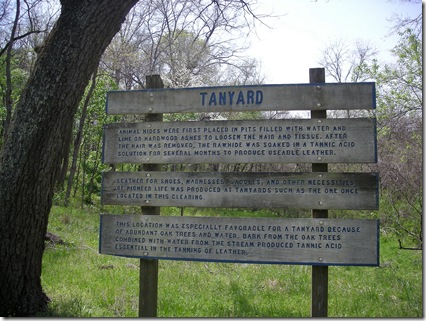 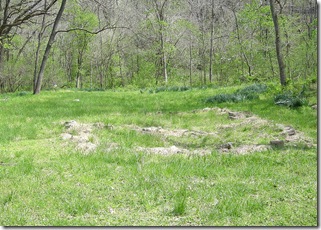 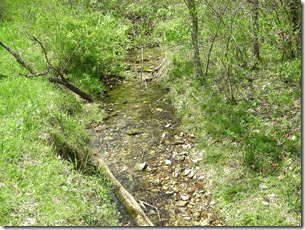 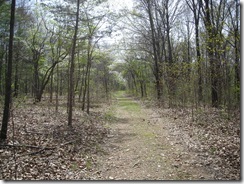 The hill was just long and steep enough to really make you want to stop and catch your breath, but after that, it was all level trail and smooth hiking back to Elkhorn Tavern.  Along the way, there was a sign marking the spot of a battle along with some canons.  I’m not sure how they hit anything with the canons, as they seemed to be pointing straight into trees now. 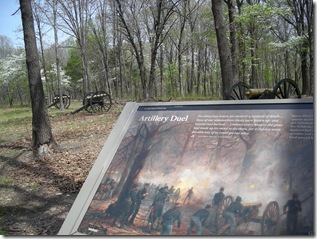 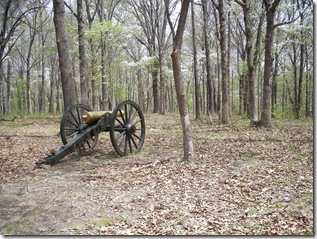 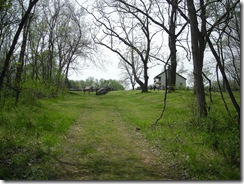 out of the woods heading toward Elkhorn Tavern from the north.  We took a few minutes to take the trail behind the cavern that goes toward the spring and the little cave we found last time.  This time, I had a headlamp and I wanted to see what was in the crevice in that cave.  It turns out, there wasn’t much in there, but at least my curiosity was satisfied.

We were back at the car and headed home just a short two hours after arriving.  Even though we didn’t stay long, it was a great day and a very nice hike!